Call of Duty: Warzone 2.0 has some major updates on its predecessor. With in-game voice chat & less fall damage, the developers have made some awesome changes (both Huge & small) to make the experience better for all.

Although Warzone 2.0 is a massive overhaul compared to Warzone Caldera, there are still some missing features that fans want to see in the game. Players are expecting a range of post-launch updates to release alongside seasonal content, so these will very likely be in the game soon. This said, Warzone 2 has just been released & this first iteration of the game is a fantastic start to build upon.

With the release of the original Warzone came a few arcade-style game modes that are not currently present in this version. For example, Plunder was a mode that allowed players to gather money & extract it to gain more XP. Essentially, the one with the most money at the end would win.

This type of casual game mode is not present & has been subsequently replaced with the DMZ mode. Although this is an awesome addition to the Call of Duty experience, players would love to see some more casual-based game modes to keep players engaged. The arcade modes may not be everyone’s cup of tea, but they do help to keep the less competitive player base on board as the repetitive nature of the Battle Royale game mode can become stale.

Those who played Warzone 2 at launch may be familiar with the “Most Wanted” contract as it was present in the game. However, after Warzone’s first update it was removed without warning. This contract allowed players to become marked on the map for around 4 minutes, giving away the position to enemy teams. However, if the player completed this contract, it would bring back all of their dead teammates as well as reward them some money for weapons or utility from a buy station.

This contract was removed as players found a game-breaking XP glitch. Most Wanted was a pivotal part of the squad, trio, & duo experience as it was an efficient way of bringing back the downed teammates. With its removal, players will have to scrounge for money to buy back their entire team instead of completing this contract. Hopefully, this will be added back in a future update, but for now, players will have to go without.

For those that are jumping into Warzone for the first time, the Gulag is where players can get their revenge for dying in the main game. In the 2.0 version of the Gulag, players will be paired with one of their enemies, or another teammate, to take on another duo for their chance to be put back in the match. As long as the player or their Gulag teammate is the last one st&ing, they will both be put back into the match. However, this is a very drastic change to the Gulag that players were used to in the original Warzone.

The 1v1 Gulag is something a lot of hardcore fans want back. In this format, players are only reliant on themselves to get the kill, rather than looking to their teammate to pick one up. Although fans have acknowledged this innovative change & how it can help newer plays experience the benefits of the Gulag, it does make it harder for those who have to carry their duo to a win.

All players now have access to the proximity chat feature in Warzone 2.0. This allows every player on the map to talk to others that are within range of each other. In the “Unhinged” game modes, this feature allows players to team up & double the size of their squad. This can be exploited by players not using it to locate others. The proximity chat doesn’t have a direction, meaning players can’t directly locate each other.

It would be awesome to see “directional proximity chat” added, as this would give players a much better idea of where each player on their team is & who is talking at each time. Realism isn’t a huge part of Call of Duty’s appeak, but this would definitely add to it, giving players a more immersive experience.

Players can unlock their own custom loadouts through a few methods. Halfway through the match, a plane will drop 5-6 crates across the center of the zone, creating some highly contested areas as players fight for access to their loadout. If players don’t want to engage in this conflict, they can head to a Stronghold & defuse the bomb to get access to some awesome rewards alongside their own loadout.

Unfortunately, Warzone only lets players choose between specific “Perk Packages” with preset perks. This is likely a balancing decision, as giving players access to all the perk combinations may create some slightly overpowered loadouts. However, if the entire player base had access to custom perks, this would increase the value of loadout drops & Strongholds, possibly attracting more players & creating more chances for engagement during the match.

As Warzone 2.0 is entirely based on the new Modern Warfare 2 movement system, a lot of the advanced movement mechanics players had discovered are now redundant, such as slide canceling. Many players would love to see some of these reintroduced. It would raise the skill level of the game in general, allowing better players to excel even more.

This may not necessarily be in the form of slide canceling, as this became slightly overused by most players. However, the current movement system is very bare-bones when looking at the top end of play. As time goes on & players get used to this new system, it’s very likely players will find some new ways of traversing the map.

Third person is currently only present in the Trios game mode. Players would love to see this added to Solos, Duos, & Squads in the future. This aspect of play really changes the way players interact with the map & use the cover to spot enemies without being seen.

This may not be every player’s favorite game mode, but it does cater to players who may be transferring from games such as PUBG (PlayerUnkowns BattleGrounds) & Fortnite.

The Combat Record & Barracks allow players to view & track their stats across the entirety of the game. This includes kills, deaths, wins, losses, & more. Unfortunately, this feature isn’t currently present in Warzone 2.0 or Modern Warfare 2 respectively.

With this addition, players would likely pay more attention to their own performance & others. For those looking to build competitive teams, it can make it hard to quickly check someone’s level of play in-game, but this will probably be added very shortly as a lot of the fan base is pleading for this feature. Hopefully the game is still tracking everyone’s progress so that when this is added, players don’t have to start counting wins & losses all over again.

Blueprints are custom-built weapons that Advance prebuilt with attachments & weapon tuning. These blueprints help players customize & progress specific weapons where they may not have them unlocked. In the original MW & Warzone, players could curate weapons & save them to their blueprint list. This made it easy to apply this weapon to multiple loadouts without having to recall every attachment applied. Unfortunately, this feature isn’t present in Warzone 2.0.

Although this isn’t the end of the world, with the addition of weapon tuning, it can be hard to remember each weapon’s attachments & specific tuning for each one. This is a feature that would be fairly simple to implement, so it will hopefully be integrated very soon. 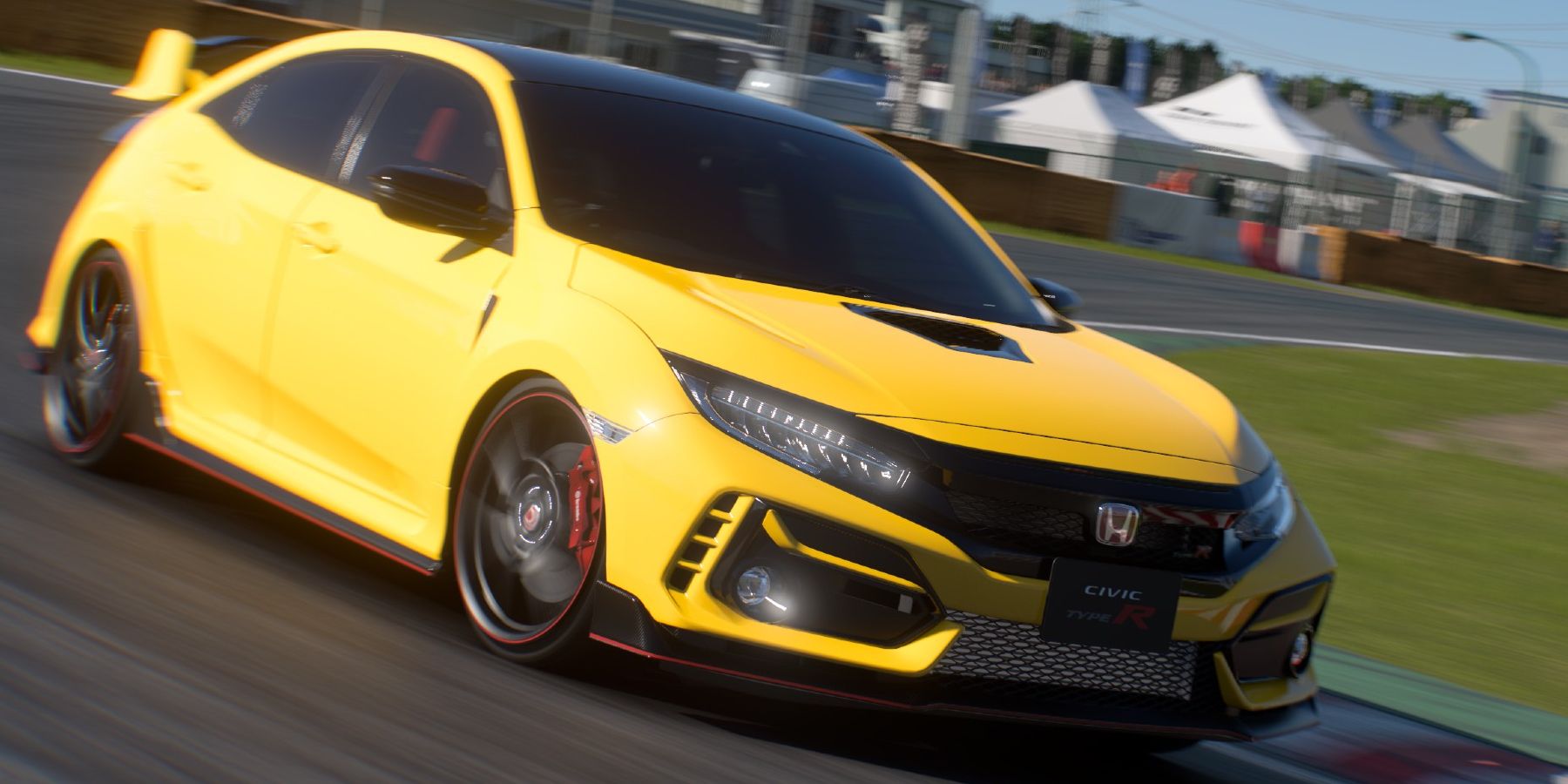 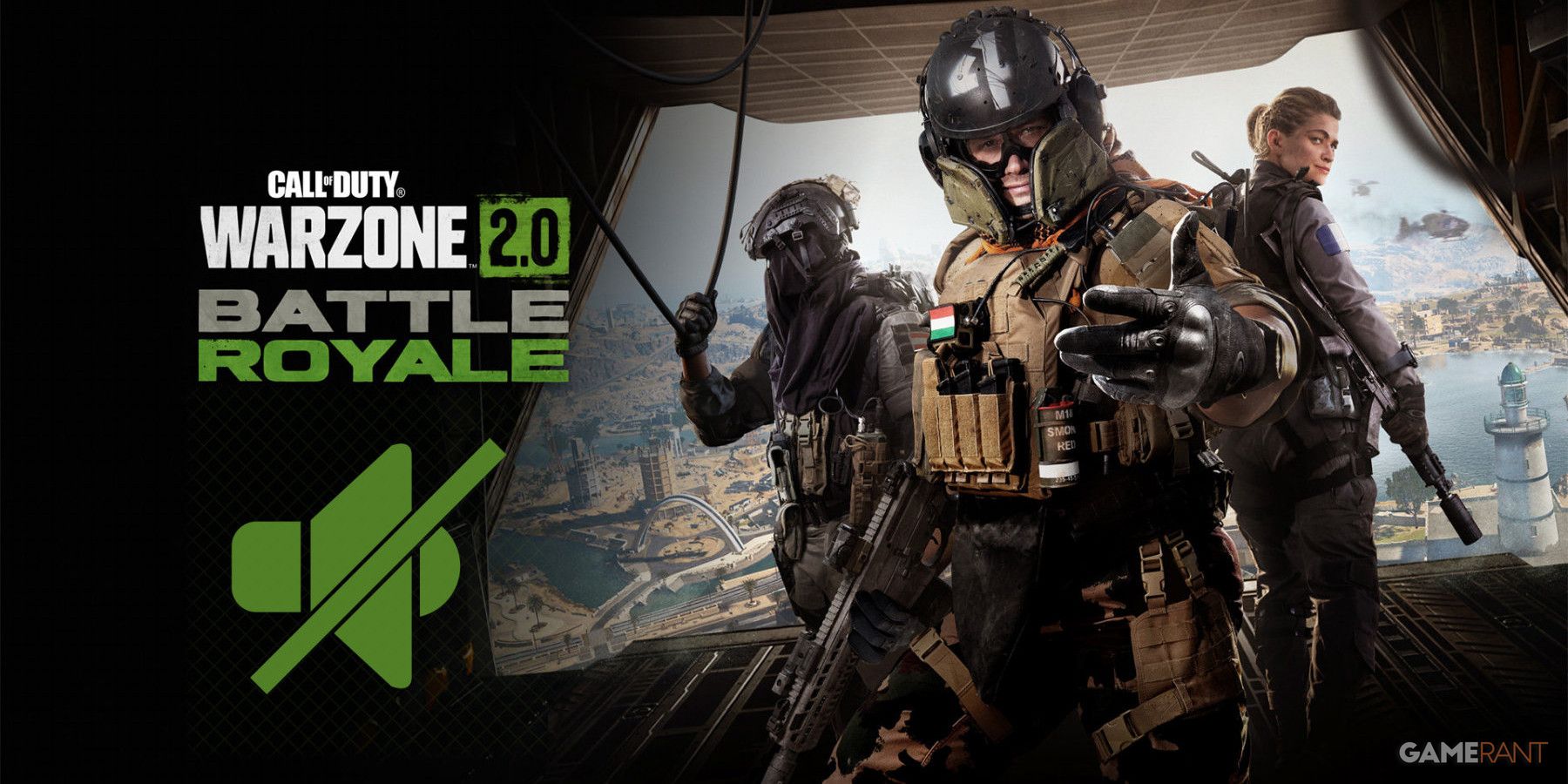 How to Fix Proximity Chat 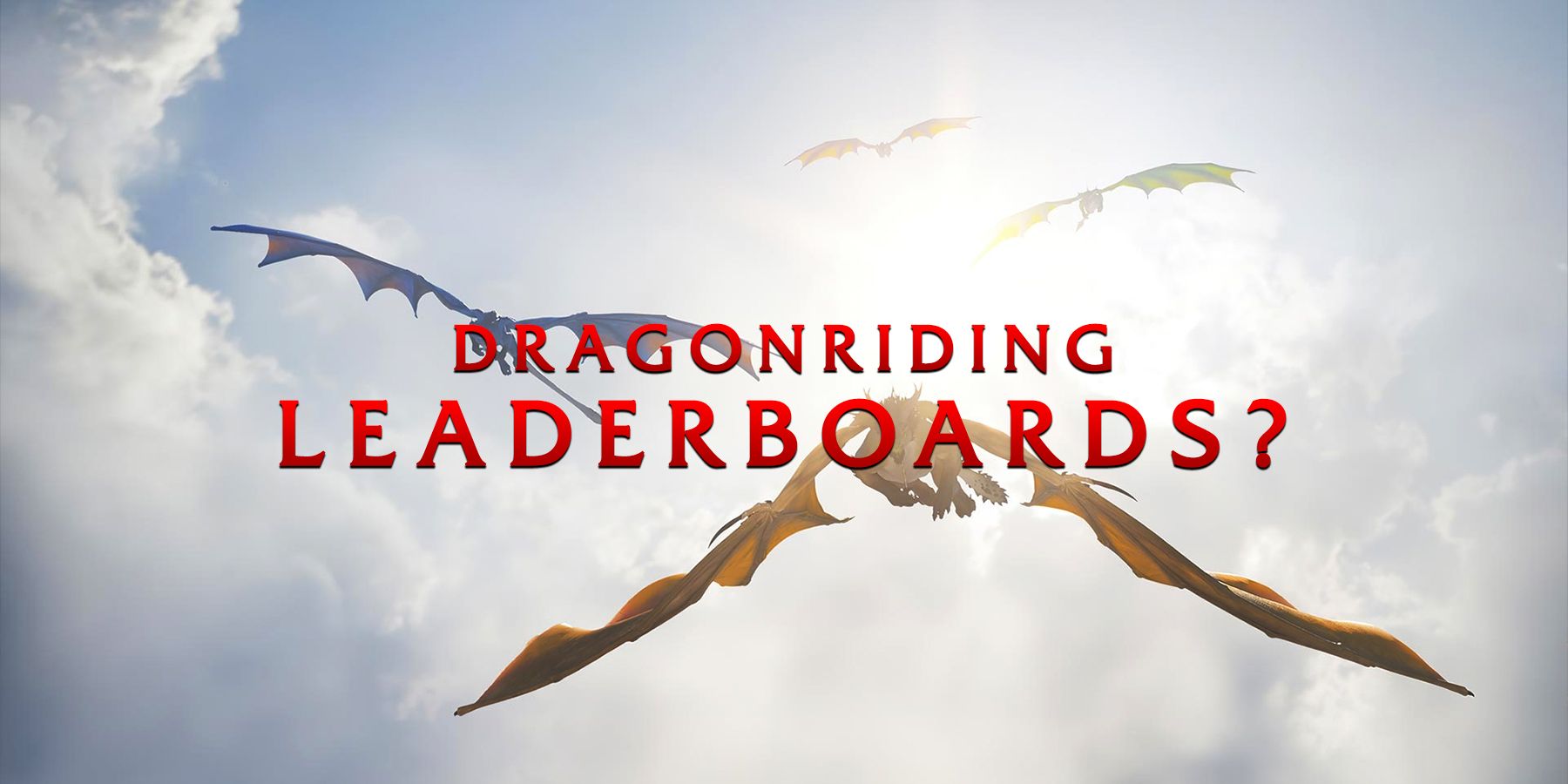 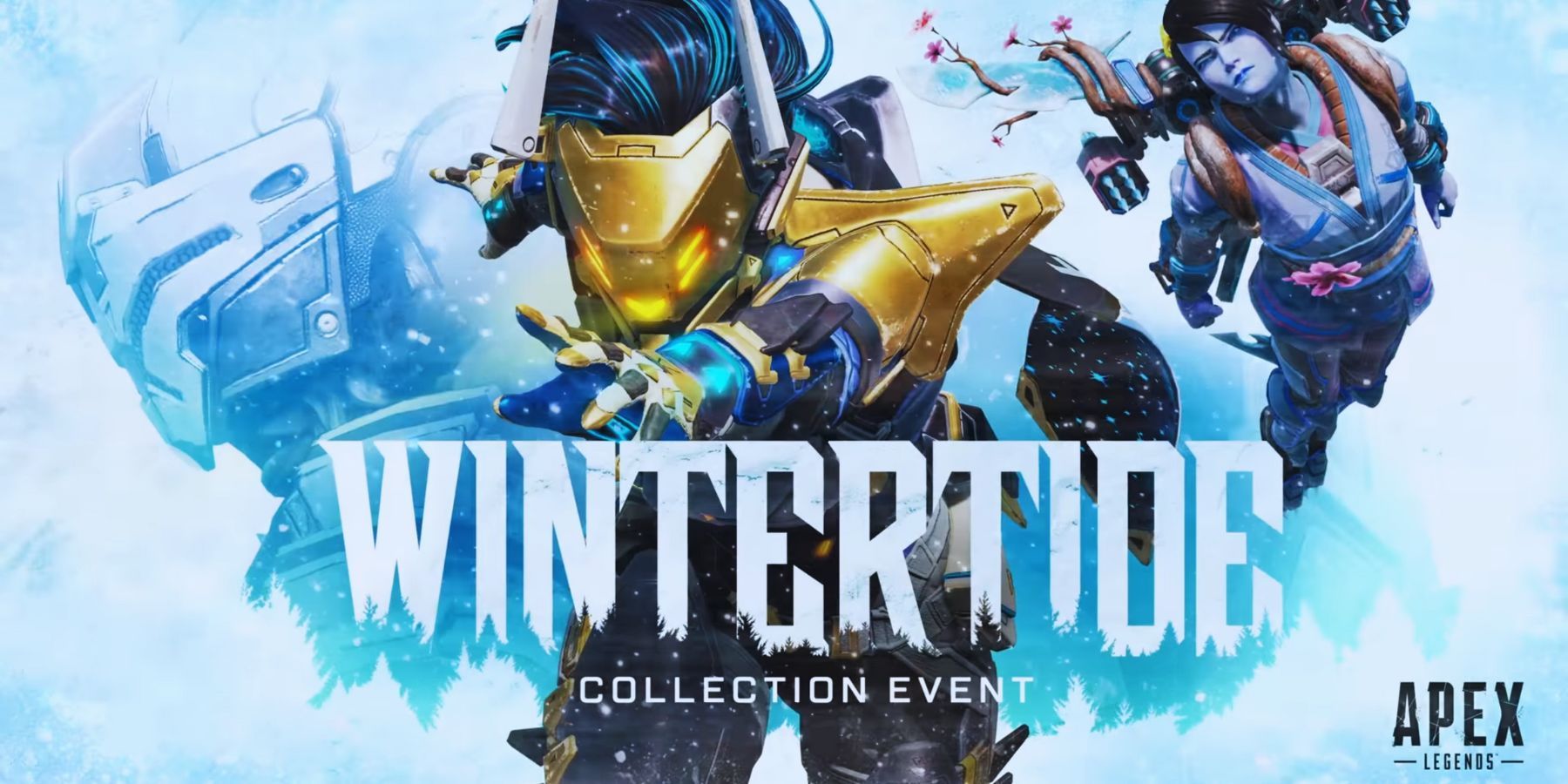