Double Dragon dominated the arcade gaming scene in the late 80s & brought Beat ‘Em-ups into the mainstream consciousness. When the 90s came around the genre was in full swing, with releases like Final Fight & Streets of Rage driving that success. While Beat ‘Em-ups were a staple of every childhood that began in those two decades, by the time the GameCube was released in 2001 they were almost dying out.

RELATED: The Best GameCube Remakes & Where You Can Play Them

Because the popularity of Beat ‘Em-ups was decreasing, some of them that were released on GameCube pivoted towards the Hack n Slash subgenre to stay relevant. While some did stick to their origins, many of them were consigned to history & have been forgotten about by fans. When it comes to Beat ‘Em-ups & the other subgenres, the Nintendo GameCube had plenty of fantastic options & some of them even hold up today.

While it didn’t Wreck any new ground in the genre, Buffy The Vampire Slayer: Chaos Bleeds was a decent game overall. It even included four different multiplayer modes as well a single-player campaign.

Gauntlet Dark Legacy was first released as an arcade game in 1999, just like all previous entries in the popular franchise had been. In 2001 it was ported over to Playstation 2 before getting a GameCube port the following year, suffering a fair amount of glitches & slowdowns as a result.

While the series is fondly remembered by fans of Hack n Slash games, Gauntlet Dark Legacy was a largely forgettable experience on the GameCube. By the time it was ported over, it struggled to compete against any of the more modern releases in the genre.

Batman games have been around since the 80s, & they continue to be released today. Batman: Rise Of Sin Tzu was one of three to be released on GameCube & is often the one forgotten by fans. Batman Begins was released to tie in with the iconic Christian Bale movie, while Batman: Vengeance is largely regarded as the best on GameCube.

Batman: Rise Of Sin Tzu did pretty much everything that Batman: Vengeance did, but it didn’t really develop on any of it. Both games did feature the fantastic voice-acting of Kevin Conroy as Batman though, which was consistently great.

Mystic Heroes was developed by Koei & any fans playing the Hack n Slash game today would likely feel reminded of Koei’s other product, Dynasty Warriors. Where it differs from the more popular franchise is that it doesn’t stick anywhere near as religiously to historical fact, & it isn’t as mature.

There’s a lot to like about Mystic Heroes, with constant fast-paced action from start to finish. It was let down by its lack of complexity & relatively easy story, which is why it is largely forgotten about by fans today.

6/10 Scorpion King: Rise Of The Akkadian

Scorpion King: Rise Of The Akkadian was released just a matter of months after the Scorpion King film & actually sold pretty well as a result. The developer, Point of View Inc, managed to get Dwayne Johnson to return to voice the main character, but even he couldn’t save the game.

Scorpion King: Rise Of The Akkadian was pretty universally panned due to its basic combat & complete lack of challenging gameplay. It was quickly forgotten about even by those who might have enjoyed the film, & for good reason.

While the Hulk is one of the most popular MCU characters, his 2008 solo film was one of the franchise’s lowest-grossing films. Fans often forget that there was another attempt at a Hulk film before that in 2003 that came with a tie-in video game as well.

The original Hulk game was decent but the sequel, The Incredible Hulk: Ultimate Destruction, exp&ed on everything that made the first enjoyable. It didn’t sell as well as the first game though, on account of there not being any movie released at the same time.

On paper, a Charlie’s Angels video game released in 2003 should have done well. It was released to tie in with the second film in the reboot series, Charlie’s Angels: Full Throttle & the first film was a box-office success. While Neko Entertainment embraced the style of the franchise by developing it as a Beat ‘Em-up, it failed on pretty much all fronts.

Charlie’s Angels is almost universally regarded as one of the worst games available on GameCube by fans & the planned ports to Xbox & GameBoy Advance were aborted due to the critical response.

Dragon Ball is one of the most popular anime series of all time, & both that & the original manga is beloved by legions of fans. The first few Dragon Ball Z: Budokai games gave fans straightforward fighting & were generally well-received, but that left little room for appreciation of Dragon Ball Z: Sagas.

As a Beat ‘Em-up game, Dragon Ball Z: Sagas was a bold move in a new direction. Unfortunately, it was pretty stripped-down & struggled commercially as a result. This left developers hesitant to return to it & what could have been another series was ab&oned.

Fantastic Four was a tie-in video game released at the same time as the 2005 film, & the ability to switch between four distinct characters made it surprisingly enjoyable. There were some small elements of puzzle-solving involved throughout the game, but it was firmly a Beat ‘Em-up regardless. The co-op option also gave fans one of the most fun multiplayer GameCube experiences.

While Fantastic Four was serviceable in every area & had satisfying combat, it didn’t really excel anywhere & there are definitely better options on GameCube for fans of the Beat ‘Em-up genre.

Viewtiful Joe exploded onto the scene in 2003 & GameCube copies in North America sold out almost immediately. It used cel-shading & rapid action to breathe new life into the traditional side-scrolling format & was highly praised for both graphics & gameplay.

It spawned three more games across different platforms in the next two years & then promptly disappeared forever. Although Viewtiful Joe’s legacy as one of the most ambitious games available for GameCube is secure, the franchise has largely been forgotten about by fans since 2005. 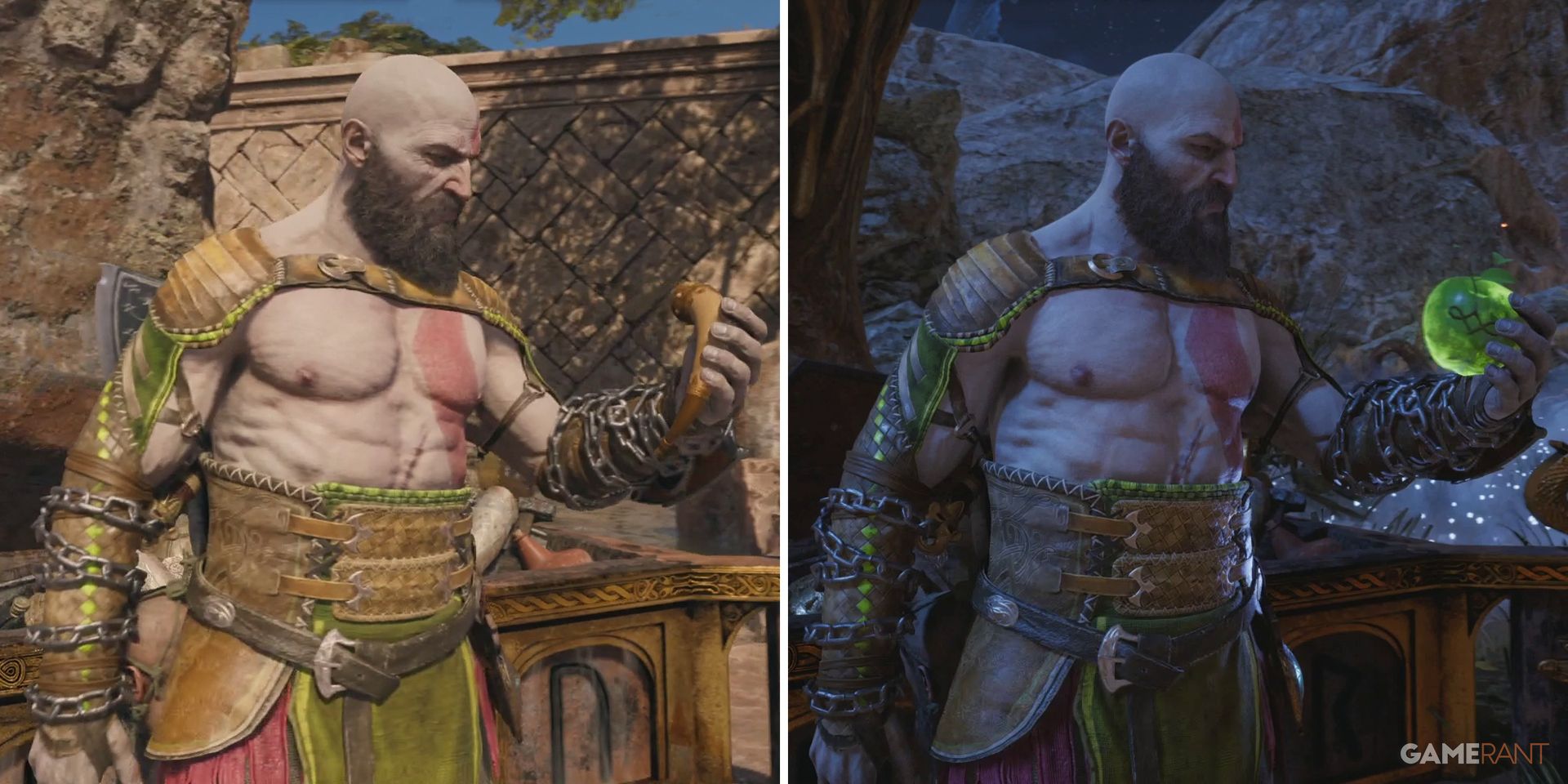 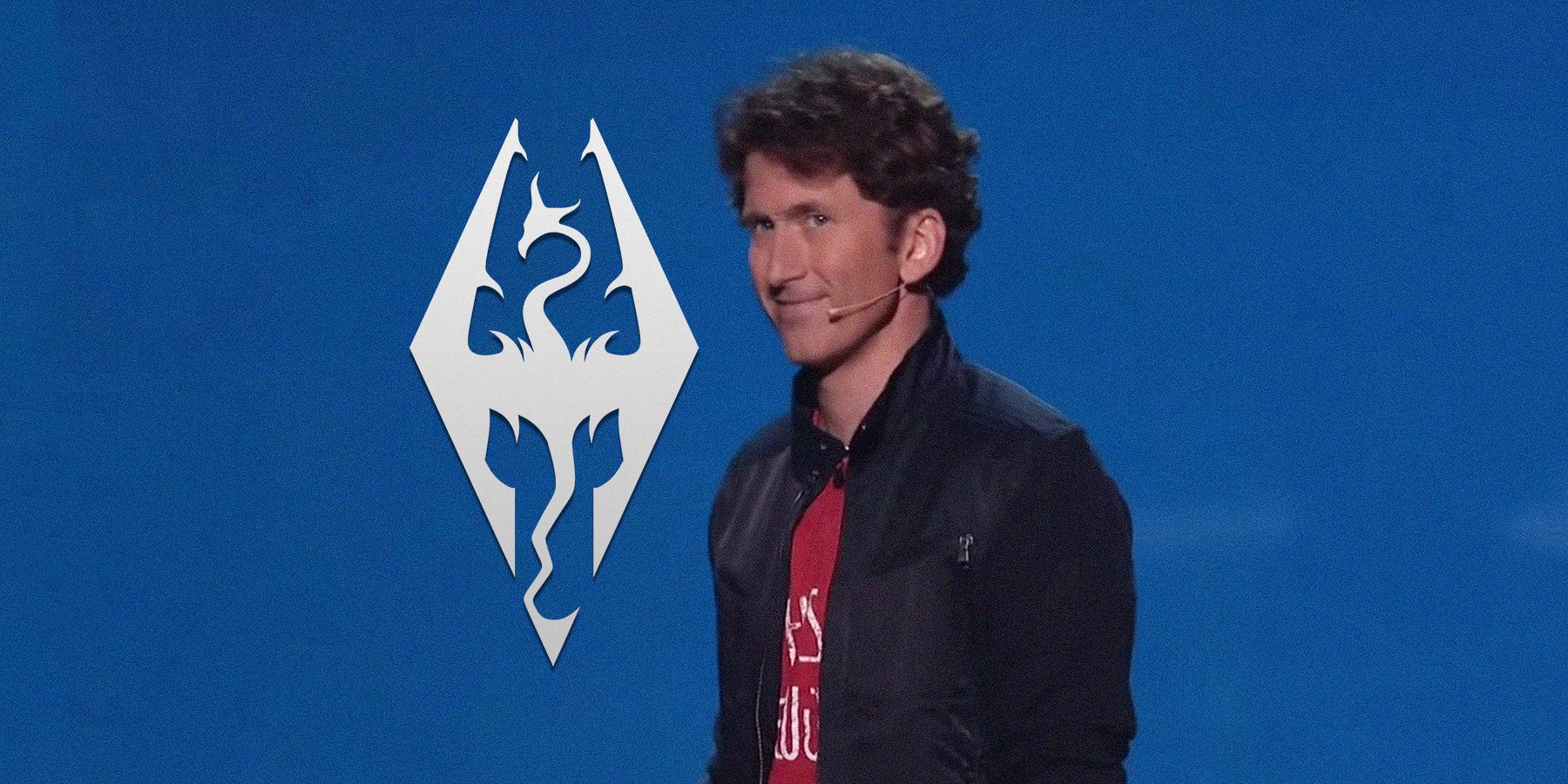 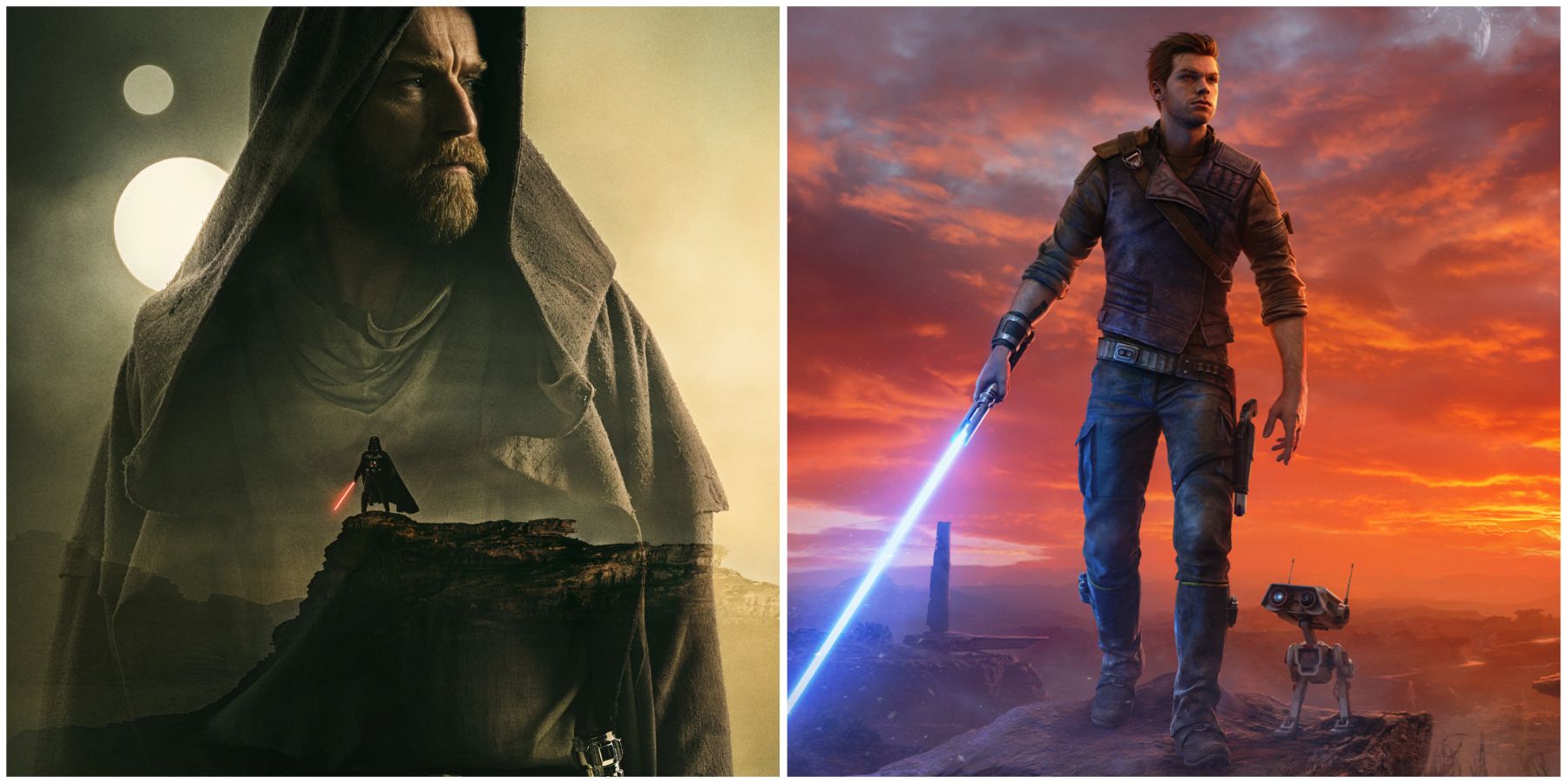 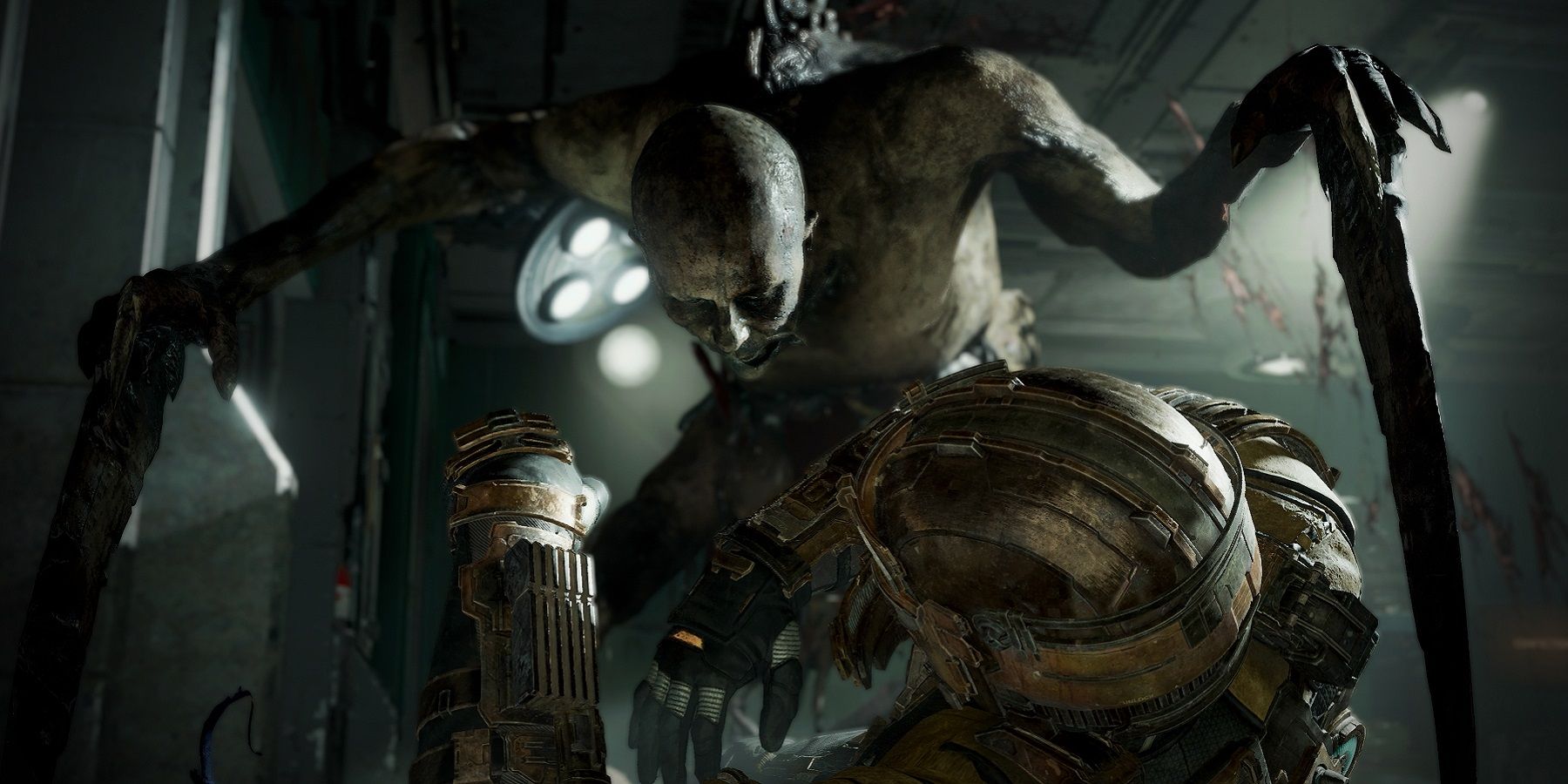